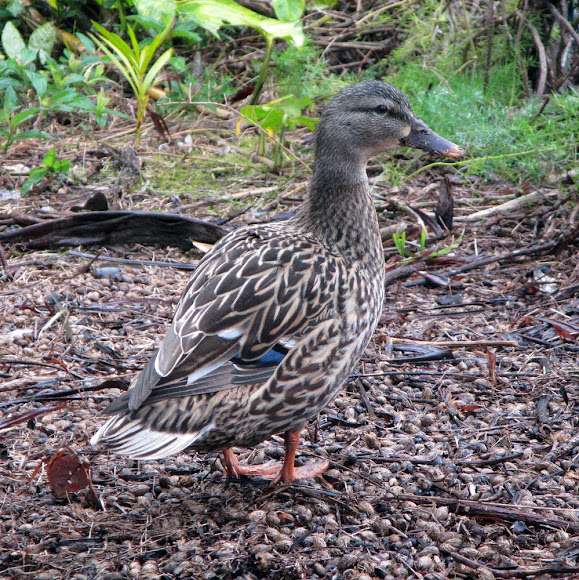 Large brown duck, standing about one foot tall, with beige and white mottling and blue flashes at the end of at least one feather on each wing. The beak is black with orange tip; the feet are orange. There are narrow streaks of black feathers on either side of the head, starting behind the nostrils, broken in two by the eyes--which are black--and ending an inch or so behind them. The tail feathers seem mostly white.

Spotted crossing a suburban street while I was driving home. I returned with a camera and located it--partly by the sound of its quacking--about ten yards from the site of the initial spotting, under trees in vegetative litter between a chain link fence and a dwelling. Both locations are near an irrigation channel. This is my first spotting of this species in this area. My bride informs me that she's seen them several times in or near the irrigation channel. I must not get out enough.