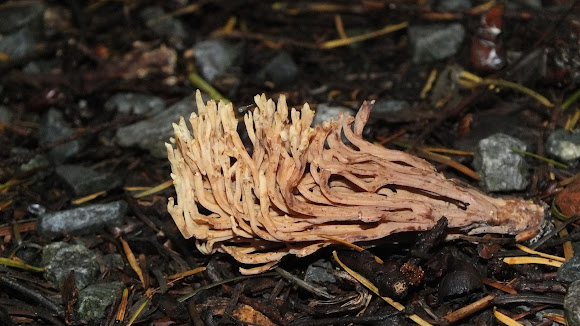 White or pale cream turning buff with age. Tough and rubbery coral-like structure with a short base often ‘rooted’ in buried wood, the repeatedly forking, slender upright branches end in sharp tips. Surface is smooth, often flattened, spores are produced on the coral surface, which turns wine-red when bruised. 4 to 10 cm tall and up to 8 cm across the whole fruitbody. Habitat: