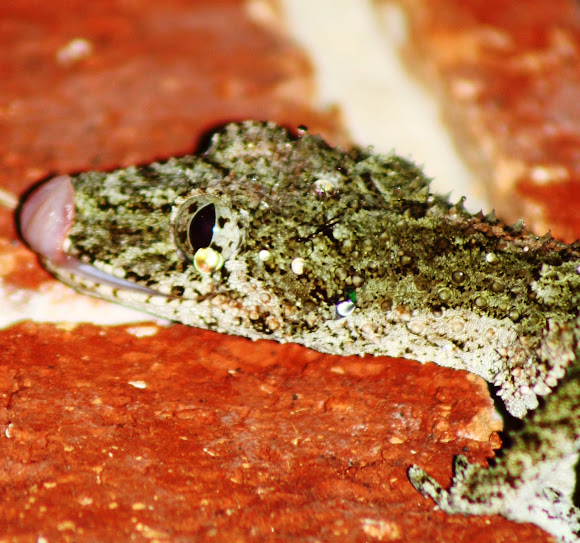 The Southern Leaf-tailed Gecko is found in the Sydney Basin and surrounds. It lives in urban areas and coastal sandstone heath. It is quite common in Sydney and has been known to enter garages and houses in urban areas.

My second Leaf Tailed Gecko spotting, however this is different gecko.

Oh wow, what a funky lizard! I love camouflage like this. It really blows my mind how something evolved down to that level of detail.