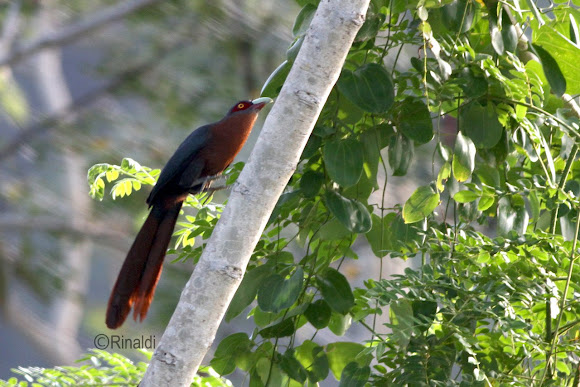 The Chestnut-breasted Malkoha (Phaenicophaeus curvirostris) is a species of cuckoo in the Cuculidae family. Found in Southeast Asia from Myanmar through to eastern Java, the Philippines and Borneo, it is a large cuckoo measuring up to 49 cm (19 in) with grey and dark green upperparts and chestnut underparts, and a large curved pale upper mandible. The male and female are similar in plumage. Unlike many cuckoos, it builds its nest and raises its own young.

Please refer to our FAQs http://www.projectnoah.org/faq regarding data to be put into the Description and Habitat fields. What you have put there is copied from elsewhere and is of no use for our project.