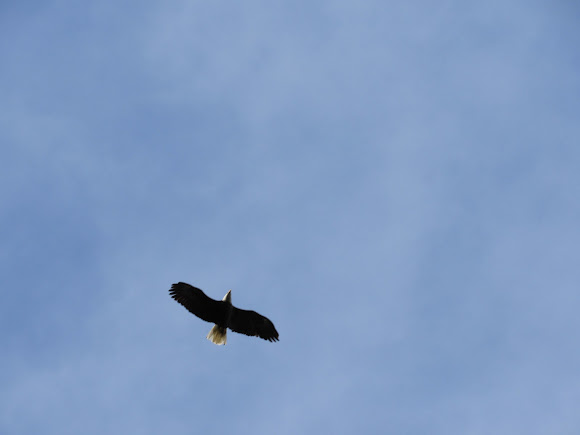 White head, white tail feathers, brown feathers. Wikipedia says, "The adult is mainly brown with a white head and tail. The sexes are identical in plumage, but females are about 25 percent larger than males. The beak is large and hooked. The plumage of the immature is brown."

Wikipedia says that they live in a "wetland habitat such as seacoasts, rivers, large lakes or marshes or other large bodies of open water with an abundance of fish."

I was outside taking pictures of birds in the brush, when I happened to look up and see a bald eagle soaring above me. He was gone before I could zoom in closely. This is the first time I have ever seen a bald eagle on my land!