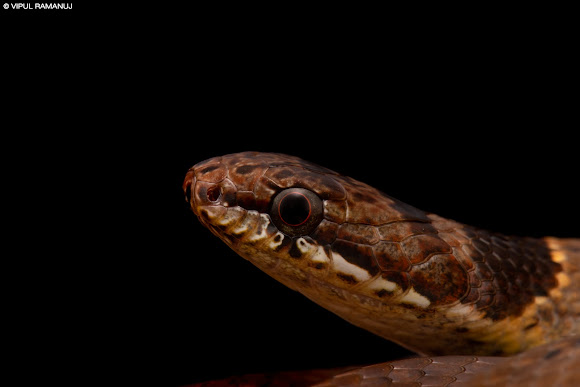 Sibynophis collaris, commonly known as the Common Many-toothed Snake, is a species of colubrid snake endemic to South Asia. It is largely a montane species, occurring at elevations of up to 3000 metres, though it may also occur in some lowland areas too. It's tough to come across this species since its a terrestrial and rather a secretive species which remains largely hidden amongst forest floor debris, where it preys on other small reptiles, frogs and invertebrates.

Montane forest of Arunachal Pradesh in the North-east of India.