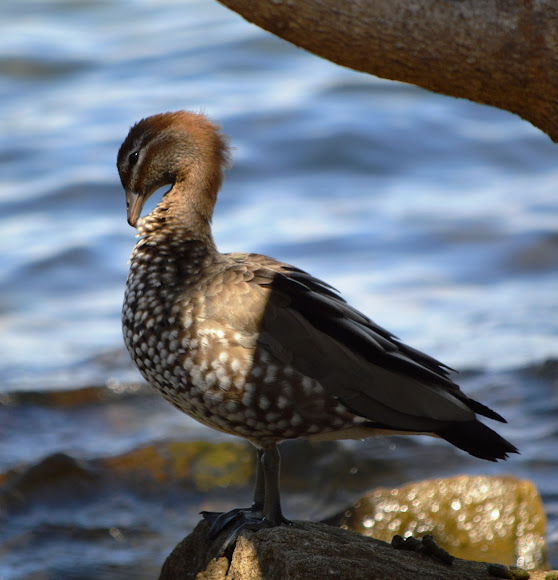 Found throughout much of Australia in a variety of habitats especially close to water & grassy farmland. This one found with small family group/flock on river bank close to ocean, resting in low mangrove branches.

Thanks Neil. I suppose they all wanted a sea change, and it was a beautiful beach day.

Nice shot of this lovely lass, and the watery backdrop looks like velvet. Beautiful.