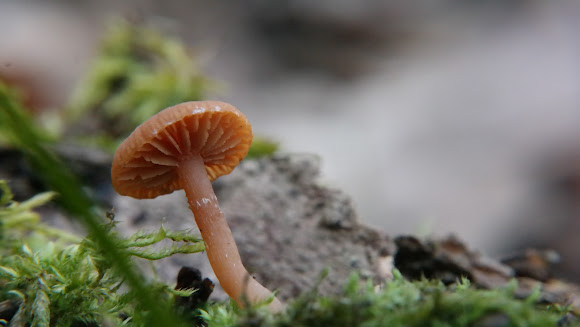 Tubaria is a genus of fungi in the family Tubariaceae.The genus is widely distributed, especially in temperate regions. Tubaria was originally named as a subgenus of Agaricus by Worthington George Smith in 1870.Claude Casimir Gillet promoted it to generic status in 1876. The mushrooms produced by species in this genus are small- to medium sized with caps ranging in color from pale pinkish-brown to reddish-brown, and often with remnants of the partial veil adhering to the margin. Mushrooms fruit on rotting wood, or, less frequently, in the soil. There are no species in the genus that are recommended for consumption