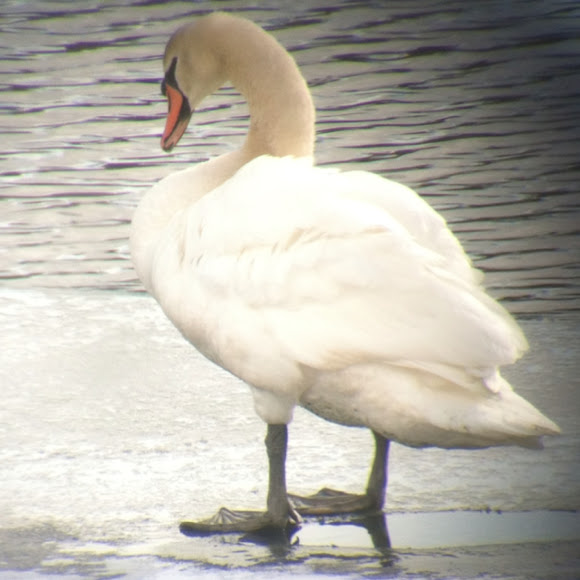 The Mute Swan (Cygnus olor) is a species of swan, and thus a member of the waterfowl family Anatidae. It is native to much of Europe and Asia, and (as a rare winter visitor) the far north of Africa. It is also an introduced species in North America, Australasia and southern Africa. The name 'mute' derives from it being less vocal than other swan species

The Mute Swan is found naturally mainly in temperate areas of Europe across western Asia, as far east as the Russian Maritimes, near Sidemi.[25] It is partially migratory throughout northern latitudes in Europe and Asia, as far south as north Africa and the Mediterranean. It is known and recorded to have nested in Iceland and is a vagrant to that area, as well as to Bermuda, according to the U.N. Environmental Programme chart of international status chart of bird species, which places it in 70 countries, breeding in 49 countries, and vagrant in 16 countries.[citation needed] While most of the current population in Japan is introduced, Mute Swans are depicted on scrolls more than a thousand years old, and wild birds from the mainland Asian population still occur rarely in winter. Natural migrants to Japan usually occur along with Whooper and sometimes Bewick's Swans.[citation needed]