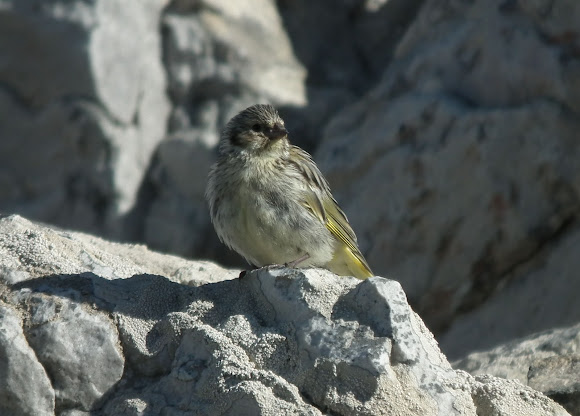 Also known as the white-bridled finch. It is found in the southern parts of South America, but the melanodera subspecies is found only on the Falkland Islands. The male has a black face and throat with a bluish head and green and yellow on the body. The females (pictured) are much more drab.

A group of these birds appeared near us, and there were one or two males, but they moved around so much and hardly sat still that these were the only two pictures I ended up with.

Laura, I found this online, its the book I got the News Bird info from: http://books.google.es/books?id=GbrCNm1n...