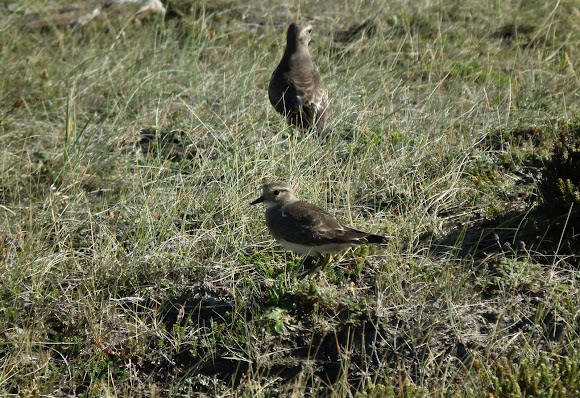 A wading bird found in the southern parts of Chile and Argentina, as well as the Falklands. In the winter months it migrates further north, but still within South America. During breeding season, the birds have a striking rusty coloured chest, but the ones pictured here are in their drabber out-of-season plumage.

Common around coasts and estuaries, I found these on a sandy, open grassland near the sand dunes at Yorke Bay, Falkland Islands.