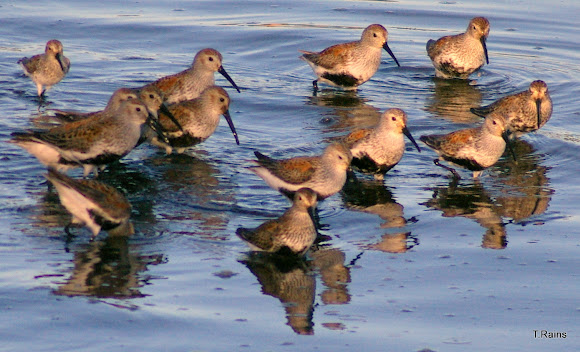 Small shorebird with a long black narrow bill and dark legs.Breeding plumage shows black belly-patch extending behind its black legs. Its head and breast are light-colored. Back is bright rufous(reddish brown). White underside and white beneath wings can be seen while Dunlin are in flight. In non-breeding plumage is drab gray with a brownish head and breast.

I observed this large flock of Dunlin on the tide flats,beach and over water and kelp rocks along the shore at the bay.

Tishanne, the second photo is amazing!