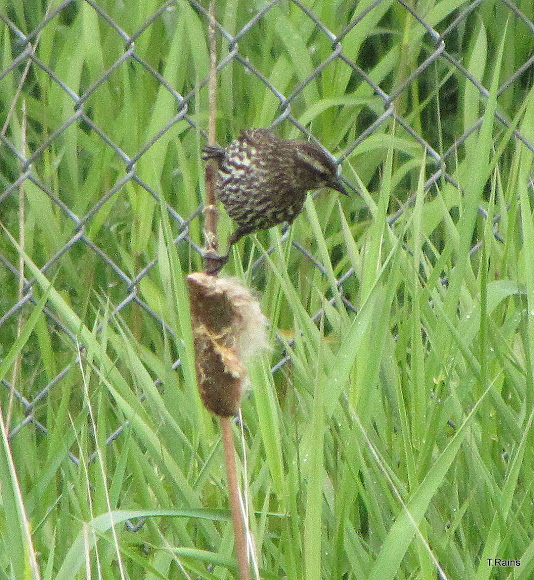 Female Red-winged Blackbird is a small bird,brownish in color with dark stripes on undersides.

This female was at a stand of cattails gathering fuzz. A male Red-winged Blackbird would call out then gather cattail fuzz too. The female would fly to his location after his call and disappear beneath the marsh grasses. When she came out she would fly a short distance to an evergreen tree. The male would then go to the same tree. This behavior went on several times during the space of an hour. At times the male would have a beak full of cattail fuzz as he flew about or landed.