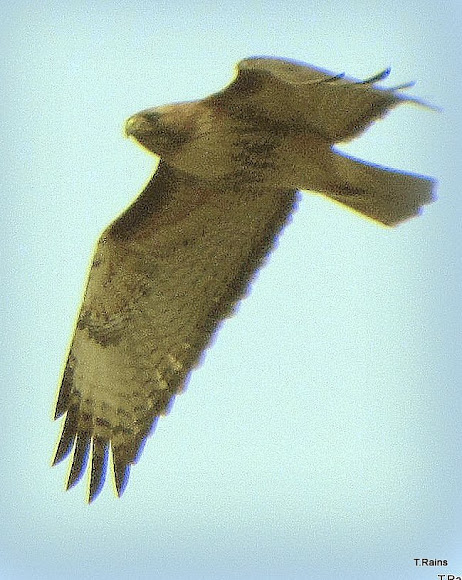 This bird has been hunting along the bay and marshy areas.

This large bird is new to my area. Distinct golden colored feathers and beak. It flies semi low and raids geese and ducks resting in shoreline grasses. I observed it hunting and capturing a small mammal in a bay area of driftwood and marsh grass. It glides and has a tipping pattern similar to vultures and hawks. It is slightly smaller then a eagle. It is larger then a hawk.

That is a red tailed hawk