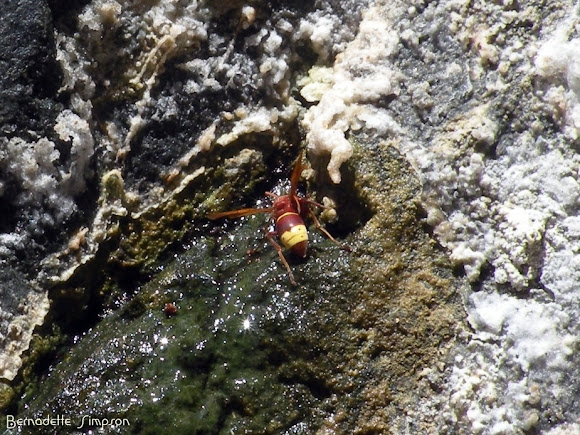 one of several large wasps seen drinking water that is, amazingly, still seeping from the rocks in the wadi; "The hornet's cuticle (exoskeleton) can harvest solar radiation which can be used as energy for digging. This explains why oriental hornets work during the middle of the day when sunlight is most readily available unlike most wasps who are most active in the early morning." ~wiki

spotted in a coastal desert wadi/oasis; "It can be found in Southwest Asia including the Middle East, Northeast Africa, the island of Madagascar, and parts of Southern Europe." ~wiki

This is Vespa orientalis