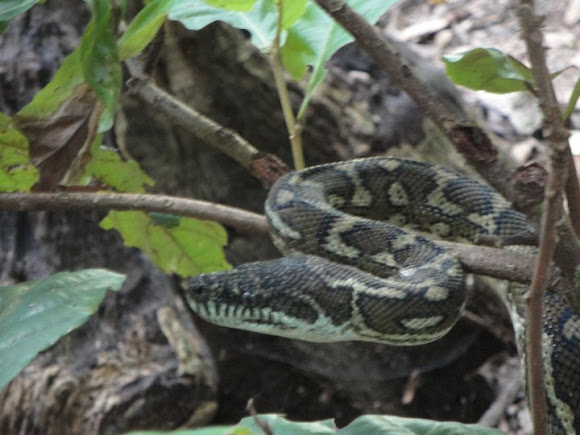 This is the largest of the carpet pythons with records of up to 4 metres recorded. Most specimens are smaller however and average around 2 metres in length. There is a correlation between size and distribution with the largest specimens originating in the southern portion of their range from the vicinity of Brisbane. Animals from further north are generally smaller in size. This is the most variable of all the carpet pythons with regard to color and pattern characteristics. Coastal carpets are typically clad in various muted tones of gray and brown, but specimens with a myriad of appearances are well known, both from the wild and in captive collections. Animals from the southern portions of their range tend to hatch as red neonates and grow into large adults that lack a well-defined head pattern. Northern specimens of mcdowelli hatch as gray and black animals and generally have a well-defined head pattern.

Nice patterns on this one. Good find.