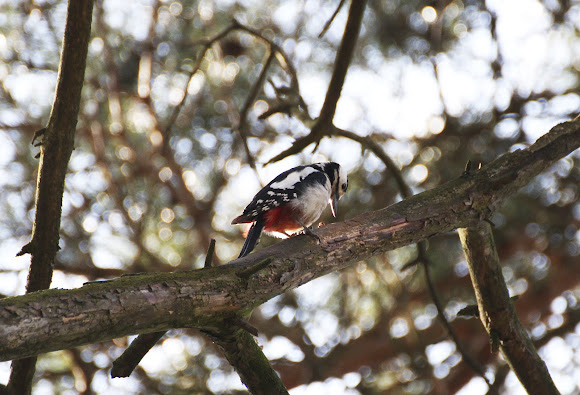 The Great Spotted Woodpecker (or Greater Spotted Woodpecker), Dendrocopos major, is a bird species of the woodpecker family (Picidae). It is distributed throughout Europe and northern Asia, and usually resident year-round except in the colder parts of its range. It is not considered a threatened species by the IUCN, being widely distributed and quite common. A significant recent increase in the British population has been suggested as the cause of the recolonisation of Ireland.

The woods in and around a small wildlife park in Saerbeck, Germany.