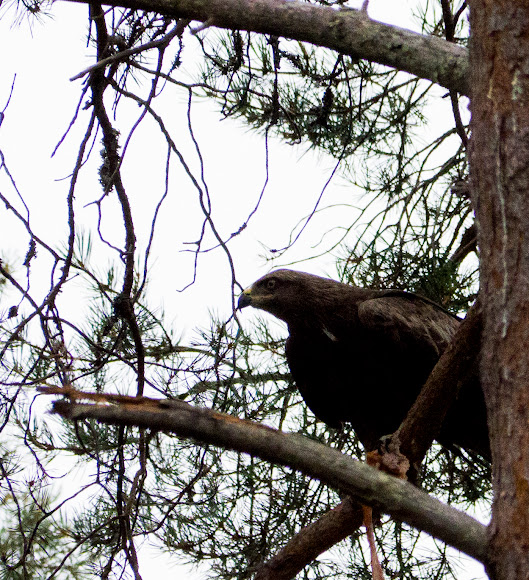 A medium sized raptor that looked tiny at the side of the White tailed fish eagle also in the area, it sat mostly in the trees but did at one point opportunistically swoop down when there was a lack of bears and steal some salmon in its talons. Differentiated from a red kite by its size and lesser forked tail, also darker in colour with no rufous markings.

seen at the Martinselkonen wilds centre in Finland which is in the middle of the Taiga forest on the border of Russia.

These photos were taken after midnight in the middle of the Arctic summer.