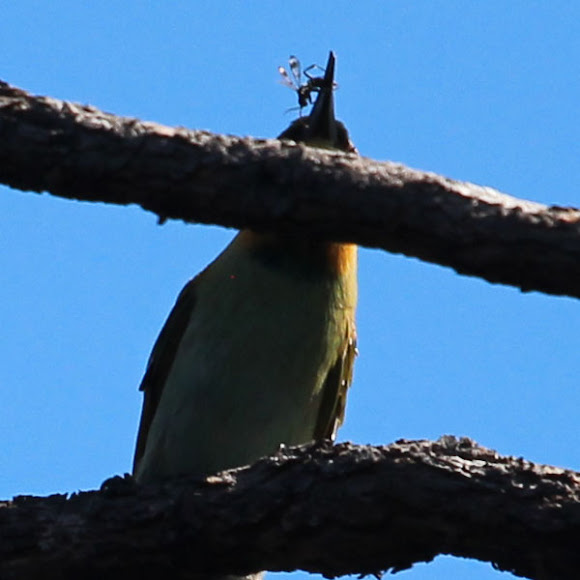 Seen by the banks of the Upper Noosa River.

As you would expect from their name, Rainbow Bee-eaters eat insects - mainly bees and wasps - which they catch mid-air. These shots aren't brilliant quality, but I like that you can see the wasp(?) this bird has just caught. It brought the wasp back to the branch and beat it up a few times before eating it. Apparently Rainbow Bee-eaters also rub bees and wasps against a perch to remove stings and venom glands.