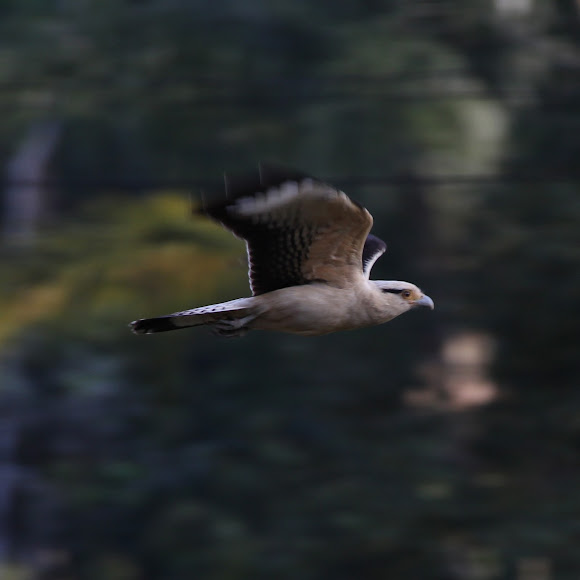 This bird was found in a region with more open areas and roads, close to native tropical forest areas. They mostly acted in groups to hunt, being active during the whole day. When they were not perched, they were making lone flights in high altitudes to scan the area. By the end of the day most of them were found perched in trees on the top of the hills. They have a particular black stripe on their heads, starting behinf their eyes.