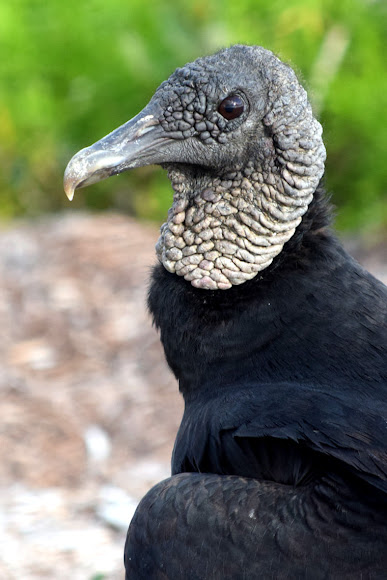 "year-round in forested and open areas of the eastern and southern United States south to South America; breed in dense woodlands but usually forage in open habitats and along roads. Some live in semirural suburb" My observation: in South Florida they are commonly also seen in suburban and urban locations.

On the shore of the southern tip of peninsular Florida. There were many campers and many people were fishing this morning. The vultures were eating a dead Ruddy Turnstone near the shore.