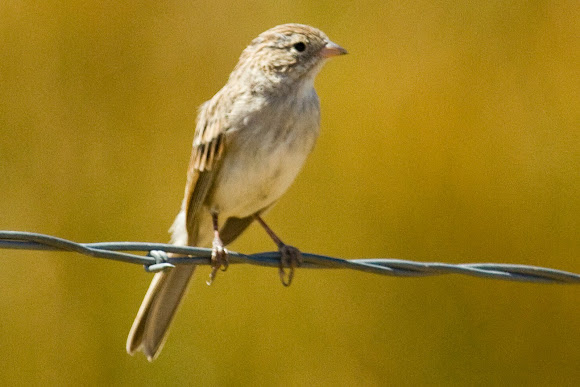 Adults have grey-brown backs and speckled brown crowns, both with dark streaks, and a pale eye-ring. Their wings are brown with light wing bars and the underparts are pale grey. Their bill is pale with a dark tip and they have a long notched tail. They are similar in appearance to the Clay-colored Sparrow (S. pallida) but do not have a pale stripe on the crown or grey neck patch. The male sings to defend a nesting territory. The song is a long varied mix of notes and trills. Males have 2 distinct types of songs - classified as short and long songs.