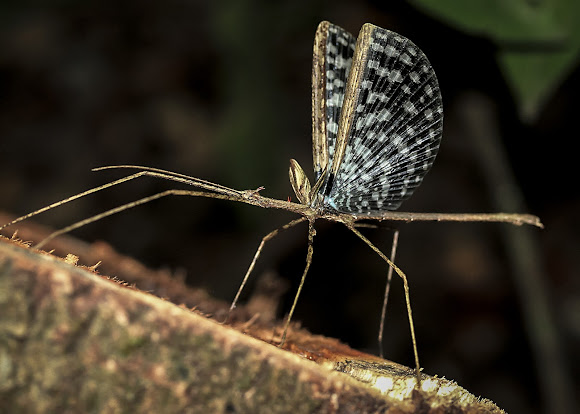 Slender phasmid of about 8cm from head to tip of the abdomen. It camouflages against tree bark, where it becomes almost impossible to spot; it's coloured in irregular shades of brown, with two spines on the head (crown) and two on the thorax; the wings are well developed and it can fly. The wings are also used to scare off potential predators; if harassed, Onchestus rentzi will open its wings showing a black and white/blueish pattern, and bounce up and down in a threatening display.

Rainforest in Northern Queensland, Australia. This species was spotted on the Atherton Tablelands, inland from Cairns.

Almost too fantastic to believe! Great critter and photos.