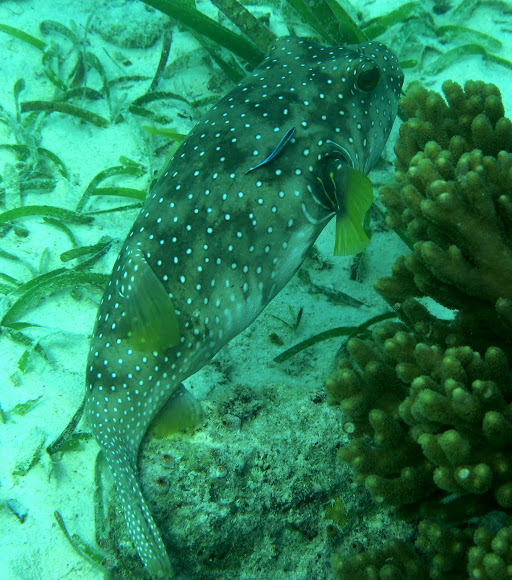 This white-spotted pufferfish was hanging out at a blue-streak wrasse's cleaner station (you can see the wrasse on the back of the puffer). The species is recognisable by its light grey body covered with darker grey blotches and small white spots. The fins are yellow.