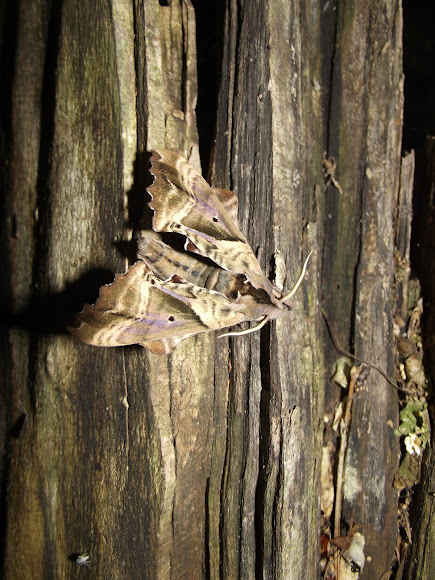 The wingspan is 60-85 mm. Adult moths are nocturnal; after a brief bout of activity after dusk, they seem to prefer the later hours of the night (Fullard & Napoleone 2001). The eggs are greenish-yellow and small. Hornworms hatch after about 8 days. Primary food sources for the larvae are deciduous trees such as willows, birch and cherries, as well as shrubberies. Like the rest of the Sphingidae family, they shallowly burrow into soil to pupate. Once they leave their pupa, the adults almost immediately mate. Adults do not feed.

The Blinded Sphinx (Paonias excaecatus) is a moth of the family Sphingidae. It is found in Nova Scotia, New Brunswick and Prince Edward Island, and across the rest of Canada all the way to British Columbia. In the United States it ranges south to Florida in the east, and westward to eastern California and as far south as central Texas.