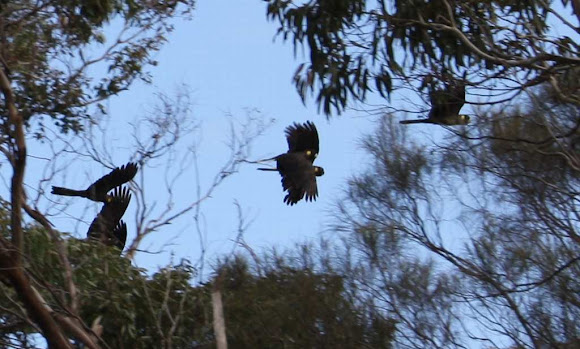 Flock of noisy Yellow-tailed Black Cockatoos flew past me while I was out walking the dog, just had time to grab this quick shot

The Yellow-tailed Black Cockatoo (Calyptorhynchus funereus) is a large cockatoo native to the south-east of Australia measuring 55–65 cm (22–26 in) in length. It has a short crest on the top of its head. Its plumage is mostly brownish black and it has prominent yellow cheek patches and a yellow tail band. (From wikipedia)