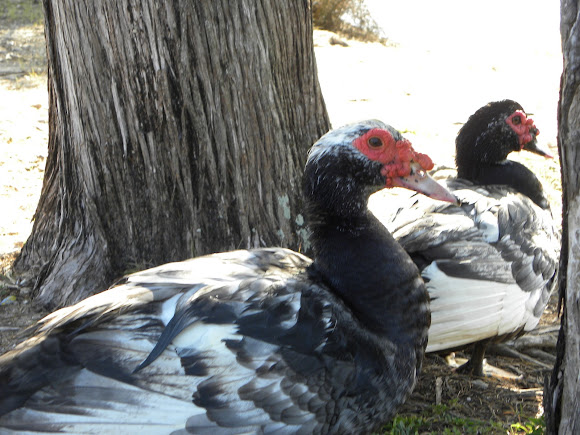 The Muscovy duck is found in all parts of the world in a domesticated state. Its chief breeding range in the wild includes Central America and northern South America. In North America, Muscovy are found locally in Mexico and a small population inhabits southern Texas at the extreme northern edge of its range. Muscovy prefer wetlands near forested areas and nest in tree cavities or nest boxes, laying an average of 8 eggs.

Gulf of Mexico The Muscovy duck is native to Mexico, Central and South America. However, it has recently expanded its range from Mexico to Hidalgo, Starr, and Zapata counties in south Texas. As a result of this natural expansion into the United States, the species is now considered native and has been added to the list of species protected under the MBTA http://www.fws.gov/migratorybirds/NewRep...

It is unknown whether domestication occurred during the pre-Inca period in Peru, or by early Brazilians. In the 1400's Columbus reported seeing natives keeping ducks as large as geese when he visited the West Indies. Brazilian Indian villages were reported to be keeping wild-caught Muscovy ducks in the 1500's by the Spanish conquistadors. In the 16th century Spaniards and Portuguese took some of the ducks to Europe.