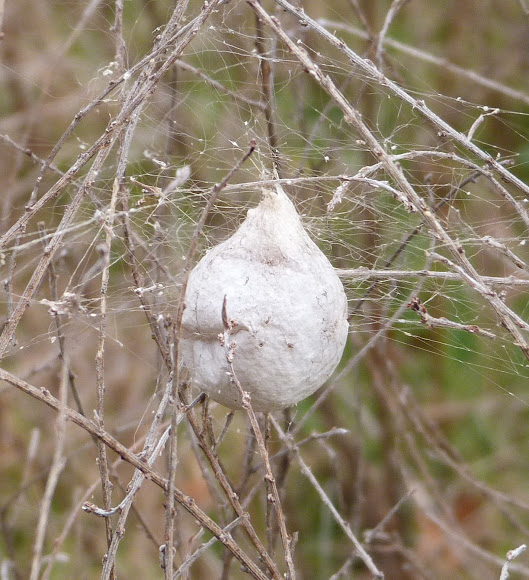 The nursery web spider carries her egg-sac, or coccoon, under her body until near hatching. She then spins a protective web in which her hatchlings live until their first moult. The egg sac is carried by the female under her prosoma, held there by her chelicerae and pedipalps. It is further supported by silk lines to the spinnerets. Before the eggs hatch, the female attaches the sac to a plant and then builds a web around it. When the eggs inside are hatching, the momma spider opens the cocoon and releases the hatchlings -- then stands guard nearby. The hatchlings remain in the web until thier first moult. The Pisaurids forage for their food and build webs only for protecting their young.

In the meadow behind our land.

I've updated the info now that I have an id for this spotting.

Both are nice spotting,