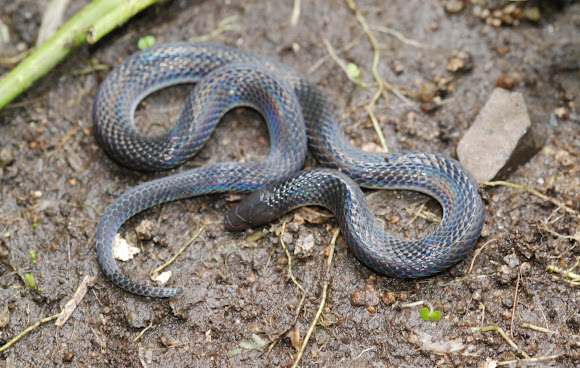 This small, secretive snake is found from Honduras to Colombia. It is a uniform drab gray color with an iridescent sheen. Its diet consists of earthworms, beetle grubs, and other invertebrates.

I found this snake while looking for woodlice under rocks and wood. I had no idea what it was, so to watch my friend and I capture it was a hoot. Turns out it is a completely harmless species. It was close to shedding so we kept it for a day. That was a great idea because it looked iridescent and spectacular after molting. Also known as "plain wormsnake."