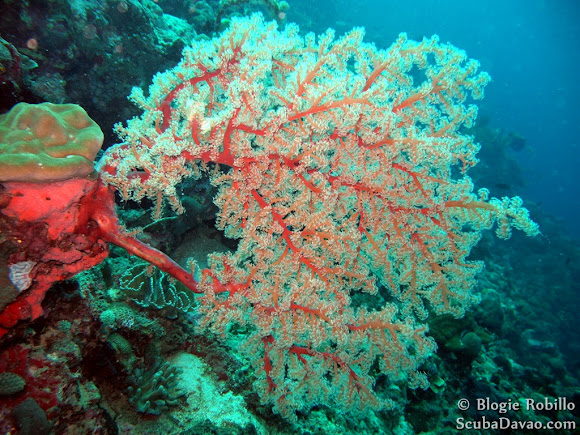 Also known as Wire Bush Coral and Bottle Brush Coral. They grow in a single plane or several planes with branches growing out of various parts of the main fan. They have non-retractable polyps which are often trumpet shaped. They feed on plankton.

Found on coral and rocky reefs often in caves or under overhangs, at depths of 20 to 30m. Widespread in the Indo-Pacific region.

I see this type of coral a lot in these parts, at various depths.

Hi Amy30 & starrance! Happy new year!
The spotting has map coordinates -- you can pinpoint the location on google maps. :)

Ya I agree with Amy30, where did you find that

Pretty where did u find that

Yes, indeed it is! I see quite a lot of them around these parts, but the one I posted here is the most beautiful I've seen so far. My photographic setup and skills don't give it justice, though.