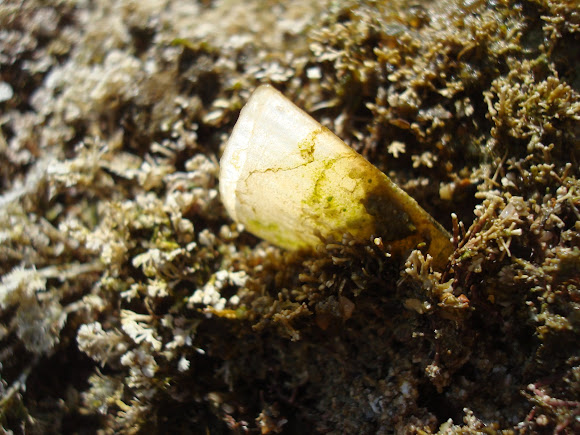 The bivalve shell can be as large as almost 91 cm (3 feet) in length, and its shape is somewhat variable. Like all pen shells it is relatively fragile. It attaches itself to rocks using a strong byssus composed of many silk-like hairs.These are fibres that the animal secretes. The inside of the shell is lined with brilliant mother-of-pearl

This species is endemic to the Mediterranean Sea, where it lives offshore down to a depth of 20 metres. This one however, was found really close to surface, meaning beach.

Pinna nobilis has become threatened with extinction, partly due to overfishing, the fact that the soft parts are edible, and also because of the decline in seagrass fields, and increasing pollution, but we mustn't forget that a big reason is coming from its decorative form, so more often it was used for souvenirs and not for food. This is also a sort of warning for all those who are gonna travel the Mediterranean not to encourage the extinction of this species by buying such souvenirs!