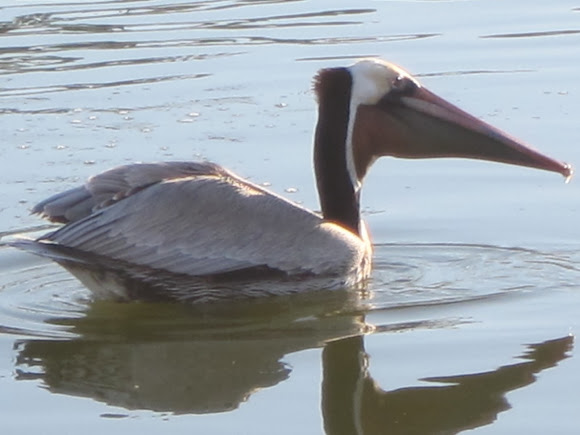 I see brown pelicans in Aquatic Park, Berkeley all the time. Finally one of them came close enough for me to get photos!

The Brown Pelican occurs on both coasts in the Americas. On the Atlantic Coast and Gulf Coast they distribute from Nova Scotia to Venezuela, and to the mouth of the Amazon River. On the Pacific Ocean they are found from British Columbia to south central Chile, and including the Galapagos Islands. Some immature birds may stray to inland freshwater lakes. After nesting, North American birds move in flocks further north along the coasts, returning to warmer waters for winter. Their young are hatched in broods of about 3, and eat around 150 lbs. of fish in the 8–10 month period they are cared for. Wikipedia