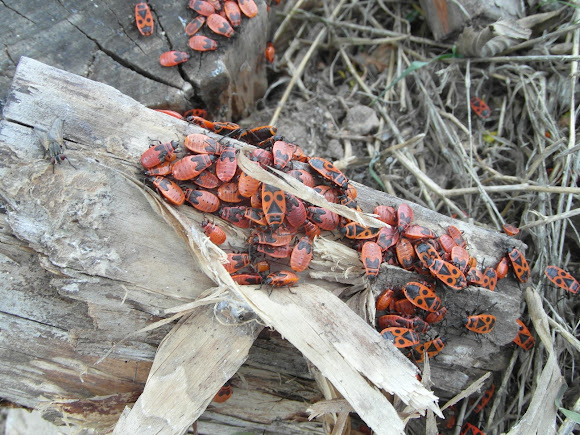 The firebug, Pyrrhocoris apterus, is a common insect of the family Pyrrhocoridae. Easily recognizable due to its striking red and black coloration, it is distributed throughout the Palaearctic from the Atlantic coast of Europe to northwest China. It has also been reported from the USA, Central America and India. It has been reported as recently expanding its distribution northwards into mainland UK. They are frequently observed to form aggregations, especially as immature forms, with from tens to perhaps a hundred individuals.