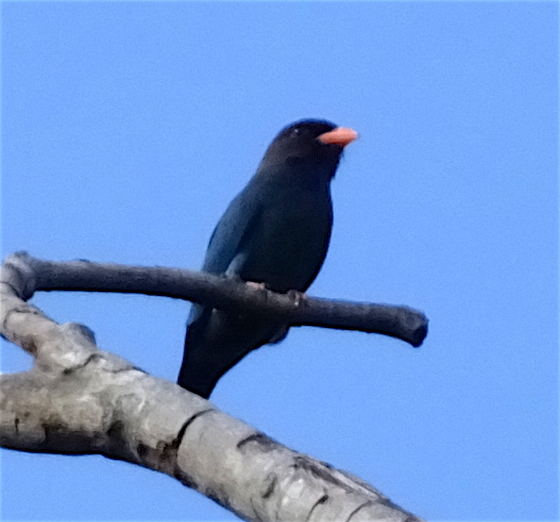 It has a length of up to 30 cm. It is basically dark brown but this is heavily washed with a bluish-green sheen on the back and wing coverts. Its belly and undertail coverts are light coloured, and it has glossy bright blue colouring on its throat and undertail. Its flight feathers are a darker blue. Its bill is short and wide and in mature animals is coloured orange-red with a black tip. It has very light blue patches on the outer parts of its wings which are highly visible in flight and for which it is named. The females are slightly duller than the males but the two are overall very similar.

Very excited to see this new bird ( for me) Just did not have a strong enough lens as it was perched high up in the tree.