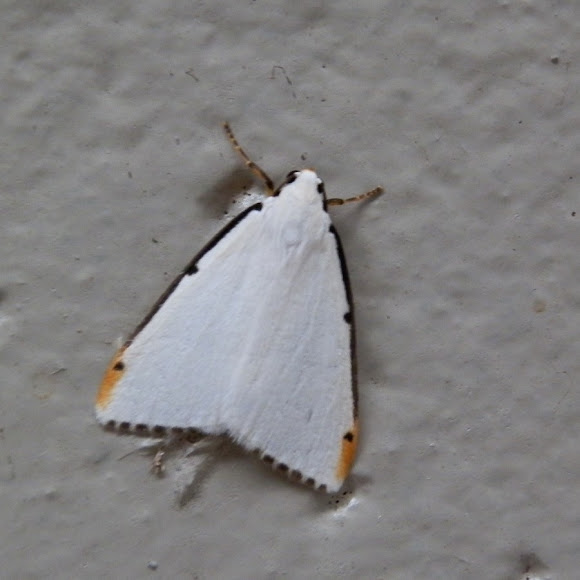 This attractive white moth had a wing span of about 25 mm. The costal margins of the uniformly white wings had a thin black edging along four fifths of its length with the last part, near the apices, being a bright orange. Four black specks were seen along each costa. The Terminal margin had small black lunules. Eyes were black as were the antennae which were held under the wings. The labial palps were short and orange in colour.

Spotted in a native reserve

It seems so in this one particular place, at least. This one was a delightful find.

Life seems to be stirring down your way, nice moth!