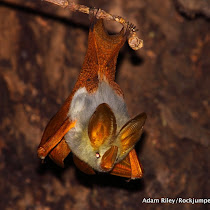 Please share bat observations from Africa and surrounding islands, including Madagascar, and locate spottings as precisely as possible. Sign in to join mission

The bat fauna of Africa and surrounding islands boasts nearly 300 species, but the distributions of many species are poorly known. Despite the crucial role of bats (Chiroptera) as pollinators and seed dispersers of plants as well as predators of insects, one-fifth of the bat species in Africa are threatened, and populations are declining due to habitat loss, disturbance and destruction of roost sites, hunting for bushmeat, land use, and pesticides. This mission seeks to mobilize both amateur and professional knowledge through Project Noah. Data will be used for scientific projects and informed conservation actions, which require robust data on the distributions of bat species.