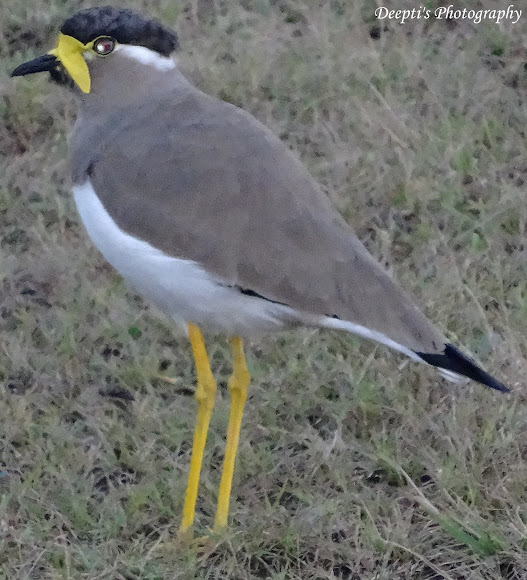 They are medium-large pale brown waders with a black crown, long white supercilium and large yellow facial wattles. The underparts are white, and the tail is white, tipped black. The long legs are yellow. In flight, the upperwings have black flight feathers and brown coverts separated by a white bar. The underwings are largely white. The nidifugous young are well camouflaged as they forage with the parents. Chicks will squat flat on the ground and freeze when parents emit an alarm call.

Found in dry stony and open grassland or scrub habitats.

Vanellus is the genus of waders which provisionally contains all lapwings except red-kneed dotterel. The name "vanellus" is Latin for "little fan", vanellus being the diminutive of vannus ("fan"). The name is in reference to the sound lapwings' wings make in flight.