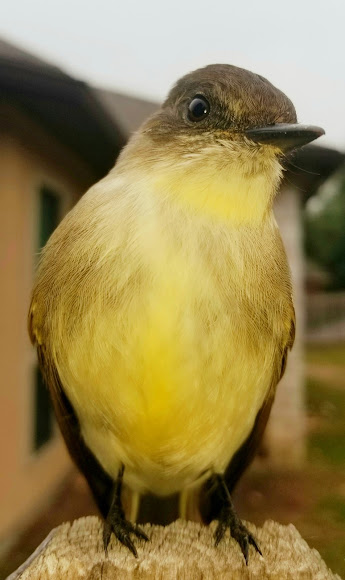 This bird was very hyper, and didn't mind me coming close for some pics. This is one of the first birds to return to the breeding grounds in spring and one of the last to leave in the fall. They arrive for breeding in mid-late March, but they return to winter quarters around the same time when other migrant songbirds do, in September and early October; migration times have stayed the same in the last 100 years. The increase in trees throughout the Great Plains during the past century due to fire suppression and tree planting facilitated a western range expansion of the eastern phoebe as well as range expansions of many other species of birds.