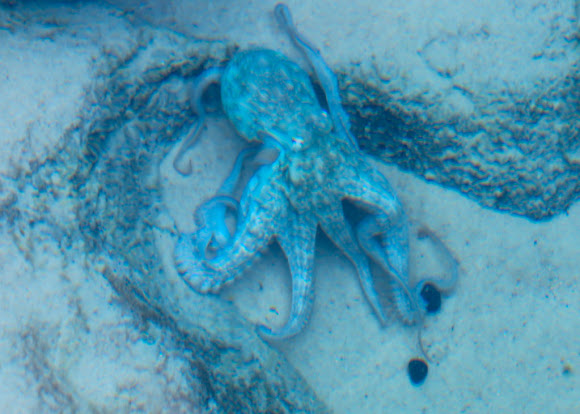 It was an absolute joy to see this fellow. Probably only half its potential size, I would suggest this is a juvenile. Each arm when extended would have been appoximately 40 cms in length, whereas a fully-grown individual can have an arm span in excess of two meters. Varying colours, but most predominant was blue. It was swimming around the rock pool every couple of minutes before returning to its lair. A common species in Eastern Australian waters. Maximum life span of this species is around 2 years.

Not the best pics. Pool was less than one meter deep.

Thanks, Mark. First one I've seen in years.

Love to watch these. Nice spotting.