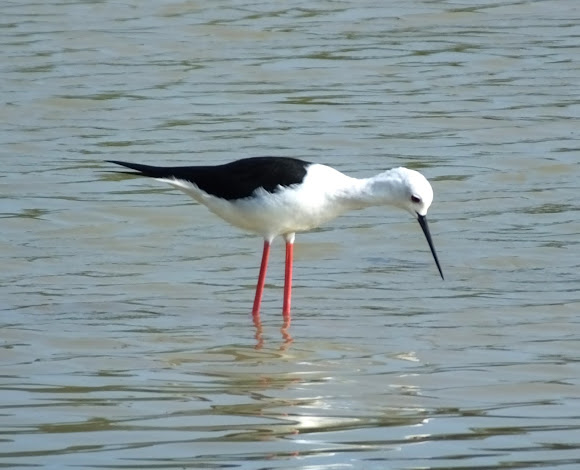 Adults are 33–36 cm long. They have long pink legs, a long thin black bill and are blackish above and white below, with a white head and neck with a varying amount of black. Males have a black back, often with greenish gloss. Females' backs have a brown hue, contrasting with the black remiges. In the populations that have the top of the head normally white at least in winter, females tend to have less black on head and neck all year round, while males often have much black, particularly in summer. This difference is not clear-cut, however, and males usually get all-white heads in winter.

Yala National Park, Sri Lanka Yala combines a strict nature reserve with a national park. Divided into 5 blocks, the park has a protected area of nearly 130,000 hectares of land consisting of light forests, scrubs, grasslands, tanks and lagoons. One block is currently opened to the public. Situated in Sri Lanka’s south-east hugging the panoramic Indian Ocean, Yala was designated a wildlife sanctuary in 1900 and was designated a national park in 1938. Ironically, the park was initially used as a hunting ground for the elite under British rule. Yala is home to 44 varieties of mammal and 215 bird species.

Thank you JamesMcNair. I think that might be a sun reflection.