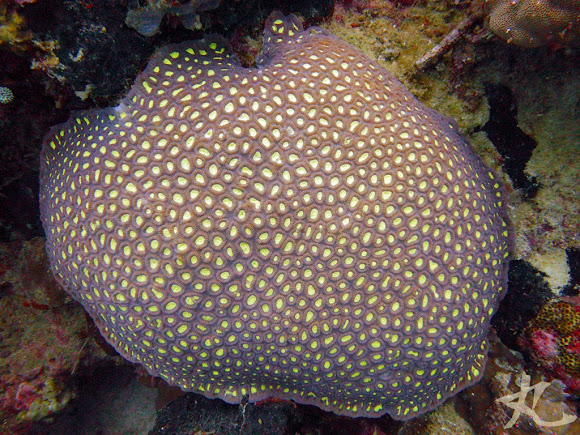 The colonies of this stony coral species are massive, shaped either like domes or hillocks, and growing to a diameter of about 1m. They are colored pale brown (darker in turbid waters) with green oral discs. This coral is also called Secret Coral and Pineapple Coral.

Widespread in the Indo-Pacific region, at depths of 5 to 10m.

The 4th photo is obviously of a different colony, and I included it to show why this species is sometimes called "Pineapple Coral".