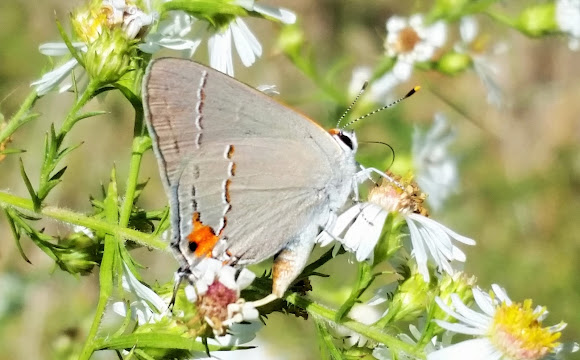 One tail on hindwing. Upperside blue-gray with large red spot near tail. Underside of spring/fall form is dark gray, summer form is paler gray. Relatively straight postmedian line is white, bordered with orange on the inside edge.

Spotted on wildflowers near the Arkansas river.