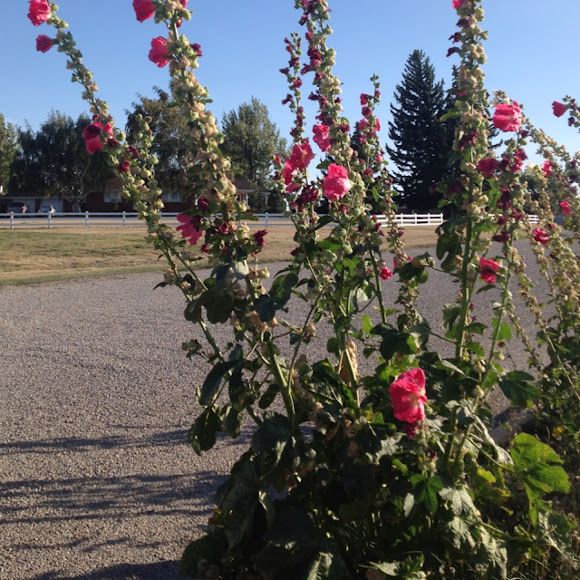 (Yay 100th Spotting!) Alcea rosea (Common Hollyhock) is an ornamental plant in the Malvaceae family. It was imported into Europe from southwestern China during, or possibly before, the 15th century.William Turner, an herbalist of the time, gave it the name "holyoke" from which the English name derives. The plants are easily grown from seed, and readily self-seed.

It is planted and also self sows. This particular one is wild

In herbal medicine, Hollyhock is believed to be an emollient and laxative. It is used to control inflammation, to stop bedwetting and as a mouthwash in cases of bleeding gums.

Congratulations on your 100th spotting.

congratulations! Considering your name is captain nature it sound like a good start =)