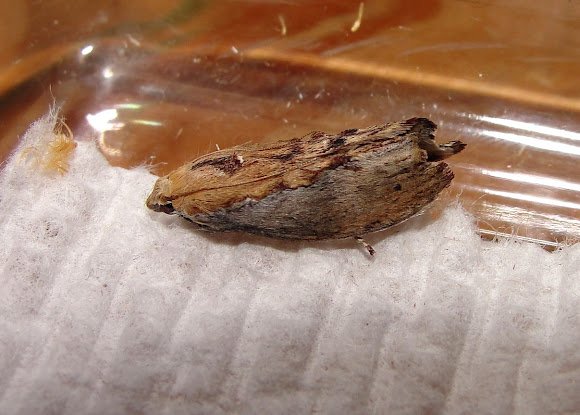 Galleria Mellonella, commonly known as Waxworms, are the larval stage of the Greater Wax Moth. They make excellent fish bait and are widely used as live food for herps. It is found in most of the world, including Europe and adjacent Eurasia (its presumed native range), and as an introduced species e.g. in North America and Australia. The adults' wingspan is 30–41 mm. This moth flies from May to October in the temperate parts of its range (e.g. Belgium and The Netherlands). The plump, yellowish-white caterpillar feed on the honeycomb inside bee nests and may become pests. Less often, they are found in bumblebee and wasp nests, or feed on dried figs. A pest of unprotected honey bee combs in weakened colonies or neglected hives. "As the larvae chew through the comb, they spin a silk-lined tunnel through the cell walls and over the face of the comb. These silk threads can tether emerging bees by their abdomens to their cells and they die of starvation because they are unable to escape from their cell. This phenomenon is termed galleriasis."

in, on, or near honey bee combs; adults are nocturnal and attracted to light.

The caterpillars are from the pet store and I raised some to pupa, but I see wild moths once in a while from wild honeybee hives nearby.

Interesting...So they are raised for fishing!! : (

Awesome spotting! Where did you find these caterpillars and moths, and all those cocoons?