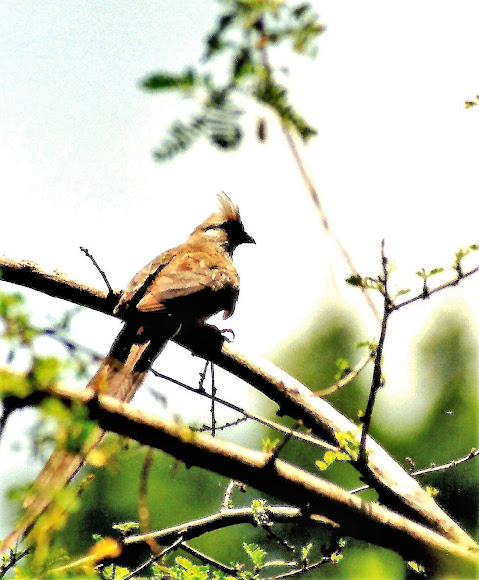 Over 30 cm in length; mainly thanks to long and broad tail. The birds observed are plain brown in body with well distinguished white cheeks, black mask around the eyes, some creamish crest and red legs. The bill is always in two colors, lower mandible cream, and upper blackish. They are most often seen in groups, and dashing around bushes like if playing...

Very common in most of sub-Saharan Africa; and often seen in dense trees and shrubs. They were very common in urban and peri-urban Awasa, in parks, banks of the neighboring lake Awasa, where I've had a load of occasions to observe them sunning in trees..