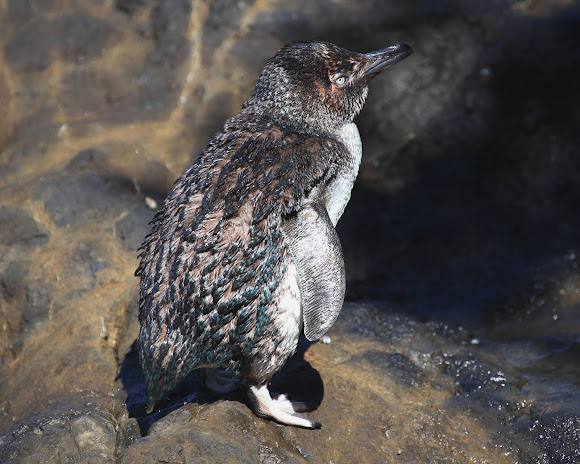 Smallest of our penguins (40-45 cm). Adults are a distinctive dark blue with white breast and belly. Blunted dark bill and silver eye iris. Images show an individual just coming in from feeding. Even wet the distinctive blue plumage shows through. Also known as Little Penguin or Fairy Penguin.

Considered 'at risk' in NZ, local breeding areas have seriously declined however birds are found throughout NZ coastal zone and out to the Chatham Islands. Also found on the South and SE coastal area of Australia. These images taken at East Cape in the North Island of NZ.

These guys breed in burrows so like vegetated sand dunes but have been known to nest under houses and other building situated on or near the beach.

Thanks Joshua. Had watched him fishing around the warf for ages and he looks thouroughly soaked through so lost a bit of colour I am afraid.