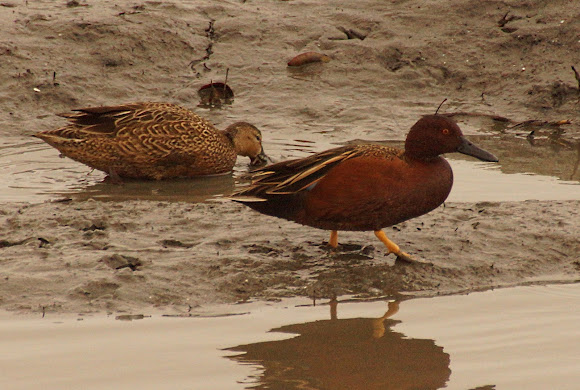 Males are cinnamon color with lighter color bordering the long feathers down the back. Dark red eyes and orange legs. Wing coverts are a powder blue with a white patch on outer edge of blue and green speculum. Bill is dark. Female is brown pattern and light patch on lores.

Canal on the bay

Just after the rain in the late afternoon spotted all three Teal duck species in the same location.