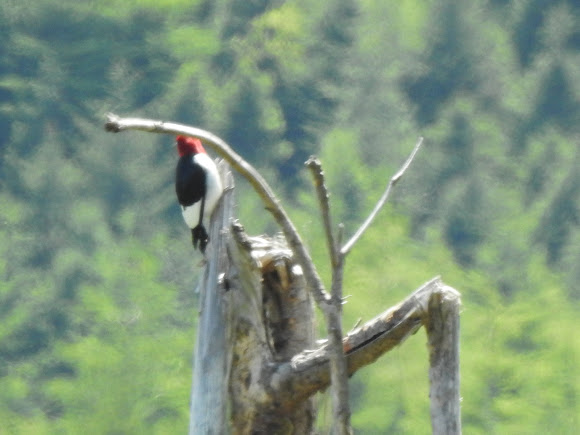 Iconic and unmistakable woodpecker. Once common(in the US interior and east coast) woodpecker whose population has declined by 2% per year since 1966, the species is now listed as near threatened.

On a snag next to the main coastal highway in S Central Oregon, in a recently cleared tract of forest, some 1000 miles from it's western-most normal breeding range

The bird was first discovered on July 4th on a snag by someone driving on the highway - given the location of the bird and the speed of the highway(as well as it's notorious reverse camber and frequency of accidents), this was an incredible initial spot. Since then dozens of Oregon birders aided by the online community have spotted this bird, which has since dropped off the radar