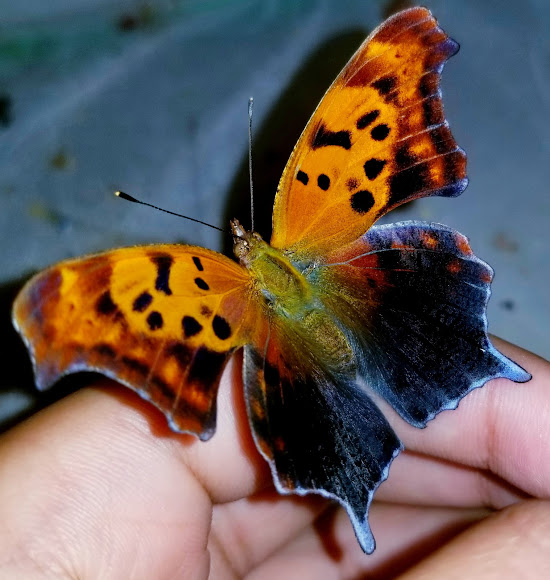 It is a medium sized butterfly in the family nymphalidae. The butterfly has brown on the backside with a silver mark while the front side of the wings have orange and black with two tails surrounded by some blue. This one was raised and released from a egg to adult on Hackberry, (celtis).

This species has been found in southern Canada and all of the eastern United States except peninsular Florida, west to the eastern edge of the Rocky Mountains, south to southern Arizona and Mexico. It is known to be migratory.