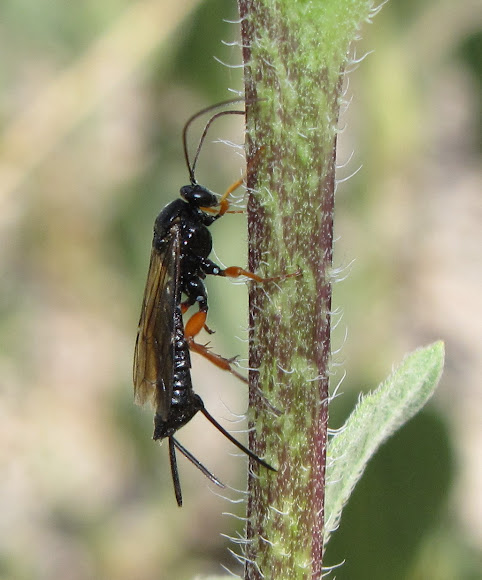 This female was feeding on sticky liquid on the stem of a sunflower plant (Helianthus annuus) in a vast, open field of grasses, yucca, and occasional prickly-pear cacti.